What a night at The Embassy in London last night! This was what Delirious? have described as their first 'Living Room' gig. An exclusive, intimate and informal evening with the band. Just 100 fans invited (although nearer to 160 people once you add on the guests, industry and media) at a very up-market London club. Leaving the tube at Green Park, I walked past the Ritz and arrived at the Embassy. From the street it doesn't look much. A door, a restaurant style shop front, and a handful of people already queueing up. Unsure where to go or how to get in, I loitered until the authoritative figure of Mr Ian Cattle appeared at the door. He let me in, directed me to the lady with the passes and pointed me down a narrow flight of stairs. 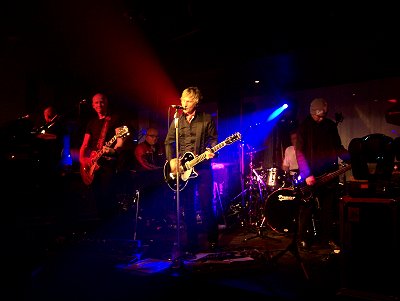 On the below-ground-level floor I stepped off the stairs into a bar area, complete with plush leather sofas, tables and at one end a dance floor. Through the darkness I could make out a few people milling around and the sound of instruments being warmed up. I walked the short distance from the bottom of the stairs, to the far end of the bar where the dance floor was located, and realised with some surprise just how small this venue really was. The dance floor didn't look nearly big enough to house 100 fans, and the 'stage' (if you can call it that) nestled into the corner was already crammed full of equipment, instruments and two figures in the shadows who I identified as Stu and Jon. 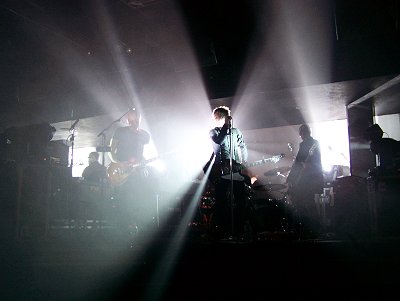 After a brief chat with Jon, I watched as the whole band squeezed onto stage to sound check. Somehow they'd managed to fit a few lights into the room and the occasional spot light shone down on the band to reveal their glistening instruments. Stood, side by side, the guitars of Stu, Martin and Jon almost collided as they shared the small stage. 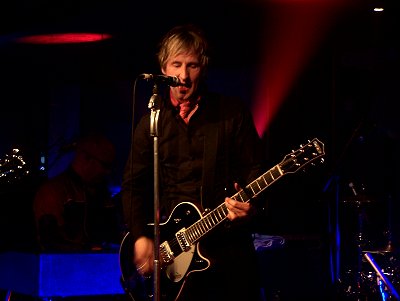 Sound checks are often not as interesting as they sound. Usually, as was the case here to start with, there is nothing but the sound of drums being banged, guitar notes being played, all incoherently played, individually rather than as a group. This isn't me being rude about how Delirious? play, it's just the nature of setting up, tuning up, warming up and checking everything works and sounds right. Eventually they played a few songs in unison, and it was then that I noticed things sounded wrong. Although I could hear the drums, hear the sound of Jon's bass through his rig and Stu's guitars through his amps, I couldn't hear Martin's voice. His mouth appeared to be moving, so perhaps he was saving his voice for the concert and just singing gently to himself. 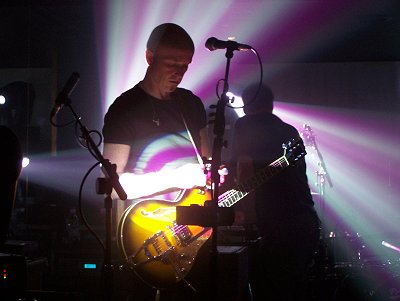 I started chatting to a few familiar faces who were also standing around waiting and watching. Half of the Furious? Records office team were there so I chatted with Paul (merch), Mark (design), Clive (office manager) and Chris (web). Plus others such as Jamie (friend), Brett (very tall), Tim and Trev (crew). Through these conversations I discovered the reason for the lack of sound. No PA. Hmm. Turns out that the band had intended to use the in-house sound system, only to discover on arrival that it wasn't up to their high standards. Solution? Send a man in a van on a frantic last minute dash across London in rush hour traffic to Romford to collect a 'proper' sound system. It was now 7pm, 15 minutes after the doors were due to have been opened to the ticket holding fans, and still the new PA hadn't arrived. 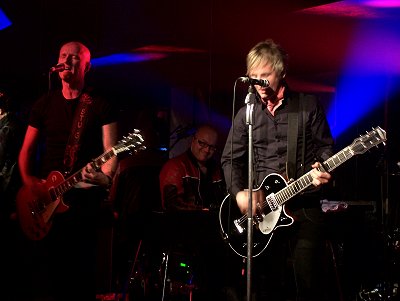 As the band continued their somewhat muted sound check, I took the opportunity to take as many photos as possible, unsure how easy it would be to get good pics during the gig itself since everyone was going to be very cramped. (All of the photos in this post are from sound check) With the time slipping away several of the band members went out onto the street to try and apologise to the waiting fans for the lengthy delay. Eventually, at 7:30pm, a flurry of activity erupted as a series of large black boxes (aka the PA) were carried down the stairs and wheeled in. They were frantically stacked either side of the stage, plugged in and the band returned to the stage for a brief final sound check. 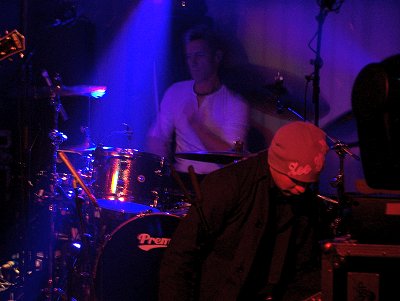 By 7:45pm the doors were open and the fans started to drift in, collecting a rather nice free CD (in paper back with Delirious-style receipt) on their way. The dance floor quickly disappeared and shortly after 8:30pm Delirious? squeezed their way through the crowd, onto stage and started their 10-song set. It was over all too soon, but unlike your average gig, the band didn't disappear from sight, they mingled, chatted and gave fans a superb opportunity to meet and greet the band.